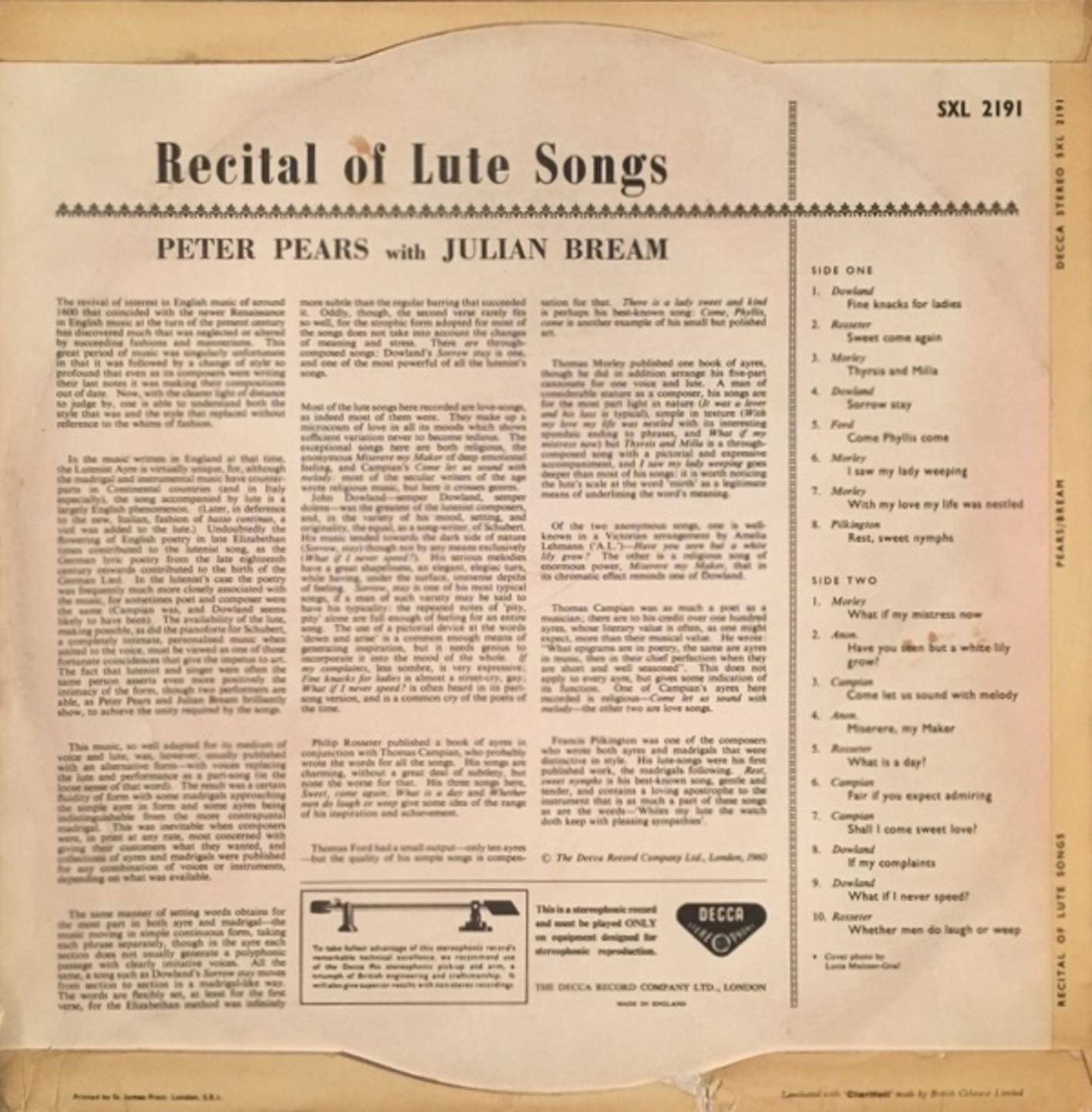 Back cover-readable size. Sorry still not very clear for reading. 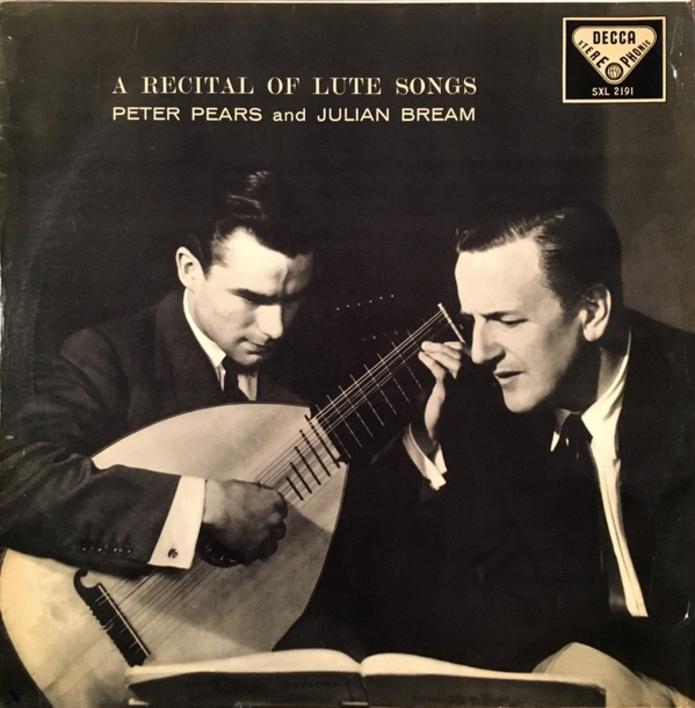 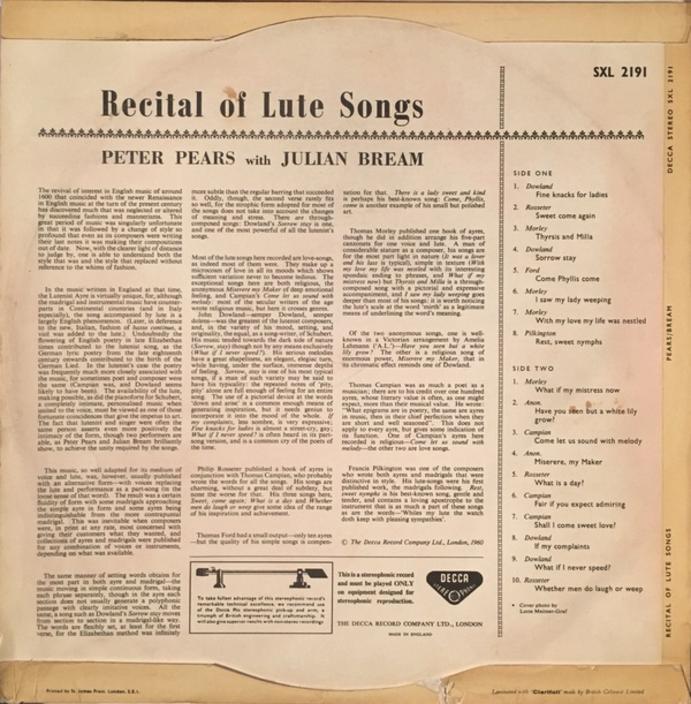 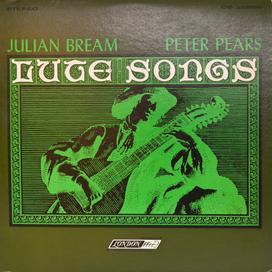 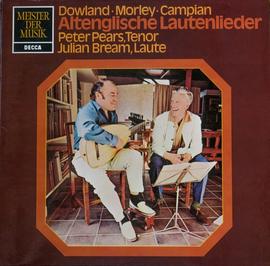 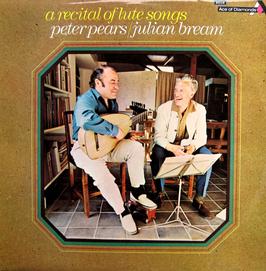 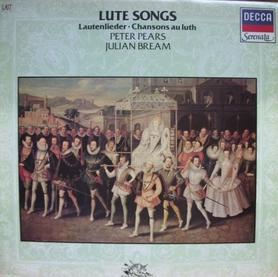 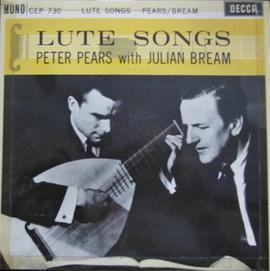 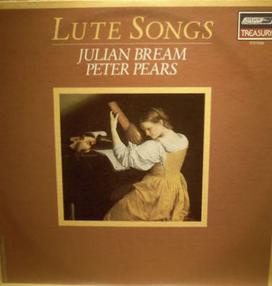 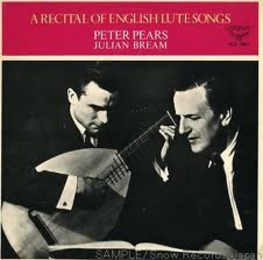 A RECITAL OF LUTE SONGS

This album was recorded in 1958 and released in 1960. This actual release date of this reissue is not stated. The picture on the front cover is from a photo shoot in 1969/70 for the release of Elizabethan Lute Songs on RCA Victor LSC 3131.

While made in England, it appears that it might have been a New Zealand release in 1973

Same picture as album prior with darker border.

CD
ELIZABETHAN LUTE SONGS(compilation)
The Decca Record Company LON 444524 released 1995
This CD is a compilation of two different LPs of Elizabethan lute songs released by Decca. Both LPs feature Peter Pears as tenor and Julian Bream playing the lute. The first LP being the first LP Bream recorded with Pears, An Anthology of English Song LW 5243 and the second LP is the one on this page, A Recital of Lute Song LXT 5567.

ENGLISH SONGS (compilation)
Heritage label HTG CD224.   June 2011
This compilation includes all the selection from this LP except for "With my love, my life was nestled", "Have you seen but a white Lillie grow" and "Whether men do laugh or weep". This compilation also includes many selections from the first Pears/Bream Decca LP "Elizabethan Lute Songs: vol. 1 of An Anthology of English Song ". Additionally, this collection includes numerous selections that do NOT include Julian Bream.  Benjamin Britten accompanies Peter Pears on piano in these selections.