The sketch of Julian Bream by Marilyn Nicely appeared in the CGI magazine along with an article about Julian Bream. The article was a review of a Bream concert at the University of Wisconsin in Madison. WI in 1975. Julian played the lute in the first half and the guitar in the second half of the concert. The performance was reviewed very favourably. 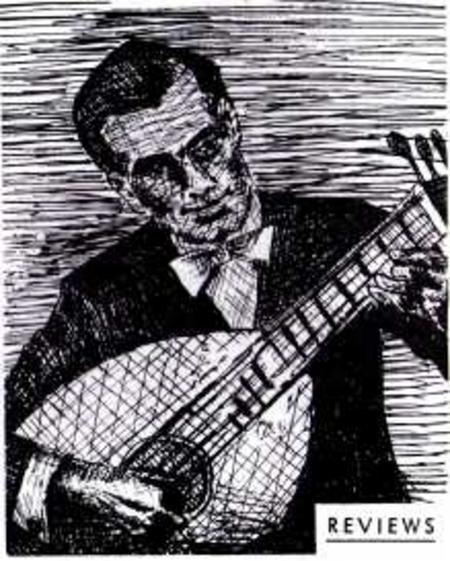