Back cover-readable size. Sorry still not very clear for reading

ENGLISH SONG (compilation)
Heritage label HTG CD224.   June 2011
This compilation includes all the selection from this LP except for "Come, sorrow, come" and " In darkness let me dwell". This compilation also includes many selections from the other Pears/Bream Decca LP A Recital of Lute Song. Additionally, this collection includes numerous selections that do NOT include Julian Bream.  Benjamin Britten accompanies Peter Pears on the piano in these selections. 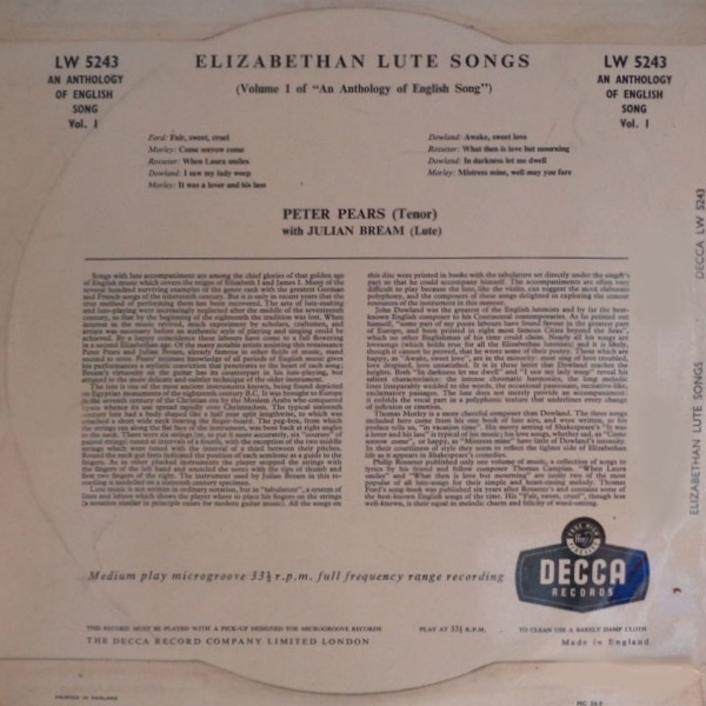 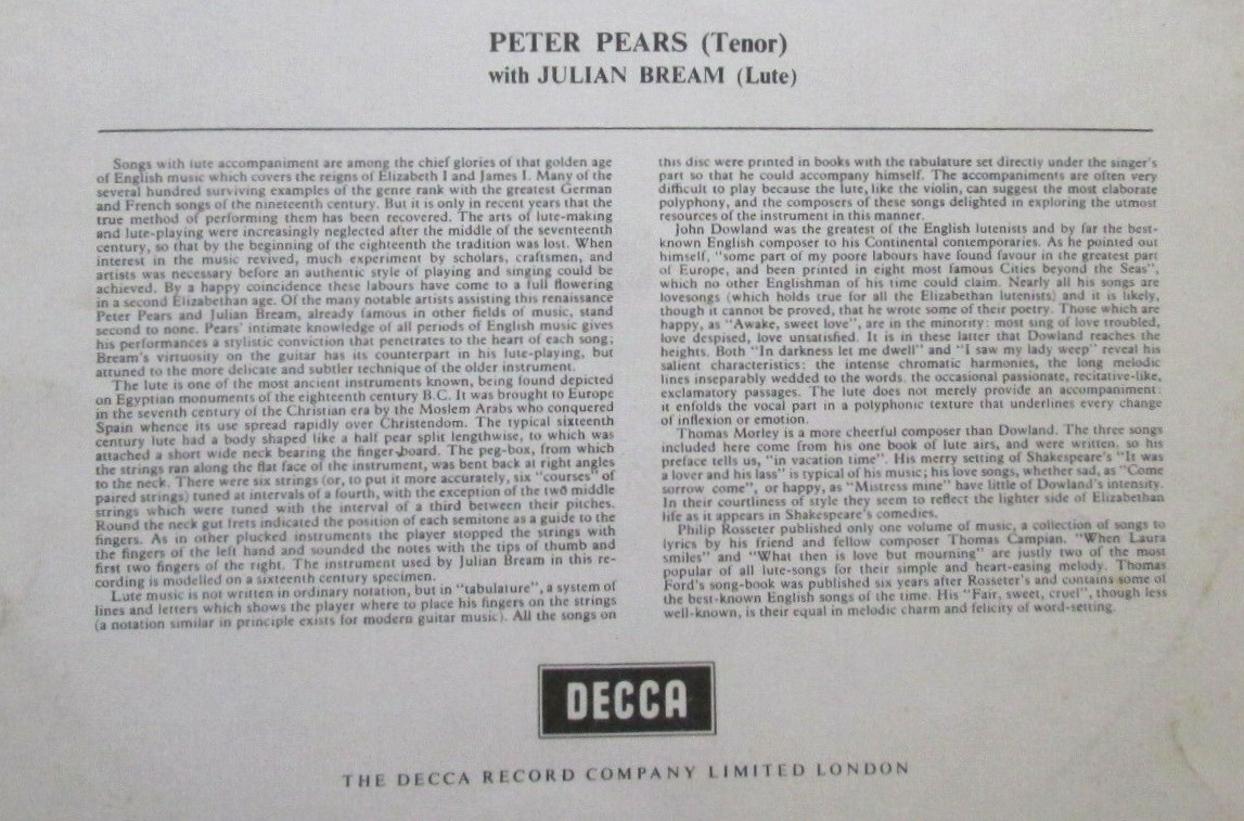 Webmaster's notes:
Early on Peter Pears almost always received first billing on recordings and promotional material. That would eventually change once Bream was established and made RCA his permanent home.

ELIZABETHAN LUTE SONGS (compilation)  1996:
Decca Records LON 444524 mono.
This is a compilation CD that contains this album in its entirety and another Decca album of Pears and Bream recording Elizabethan lute music- A Recital of Lute Songs. 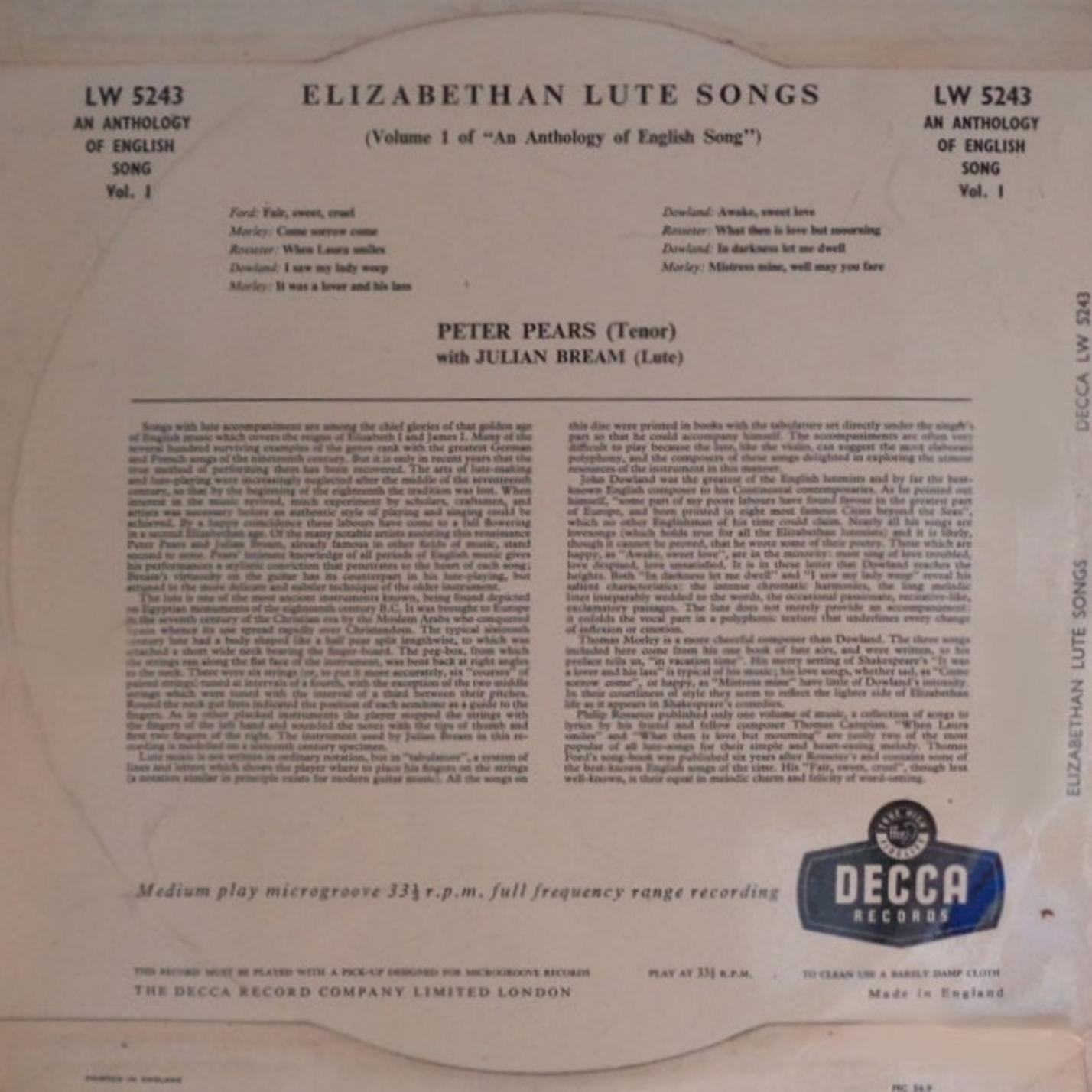 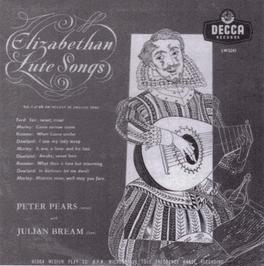 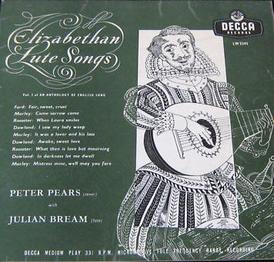 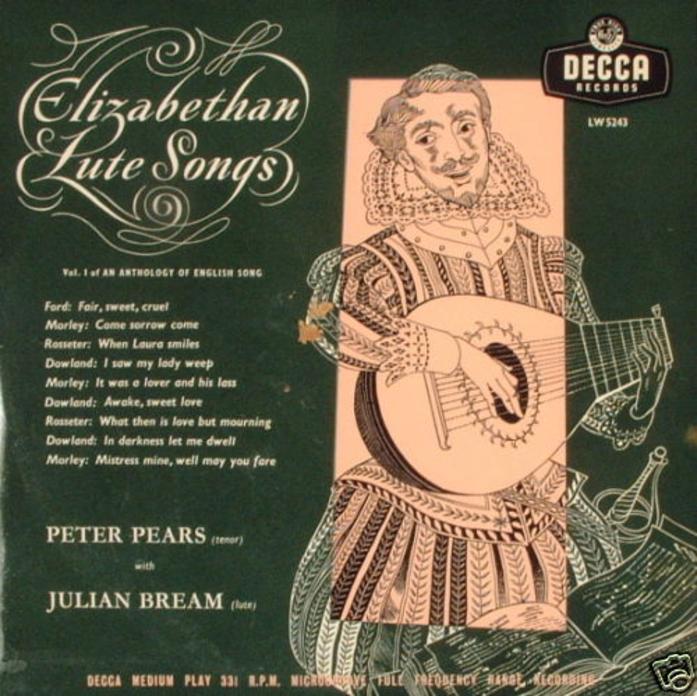 LP
Decca Records LW 5243 mono- 1956 (original 10" LP release). Released with a black and white cover or with a basic green with black and white or fourth colour, orange. This album was part of a separately released, three-volume set An Anthology of English Song. Volume one, Elizabethan Lute Songs,  being the focus of this page. Volume three was titled Twentieth Century English Songs (LW 5241, 1956). There is no evidence that a volume 2 was ever officially released.