"A sketch of Julian Bream after his last very memorable performance at the Wigmore Hall on the 26th of November 2001." JGA

For a larger view of the work on a dark background, please click on the name of the work in bold under each picture.

"A special day when staying at Broad Oak. Julian drove me to the local Cricket match in his sports car, a perfect afternoon in Dorset. Cricket was his next love to the guitar. During summer holidays, he would escape from his instrument to enjoy cricket games with friends and our father at the local playground in Hampton on Thames." JGA

My brother Julian and his guitar 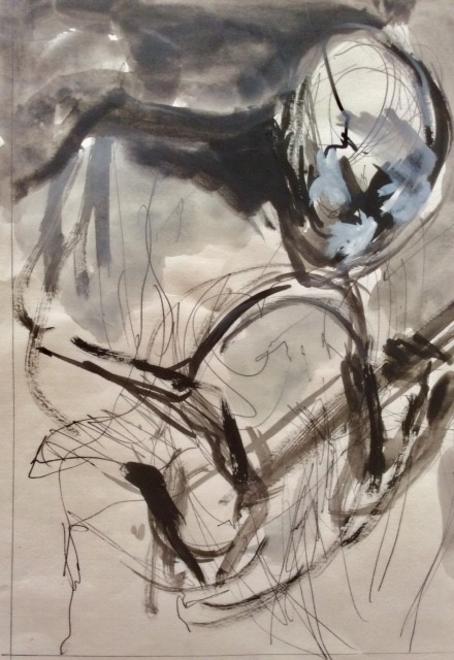 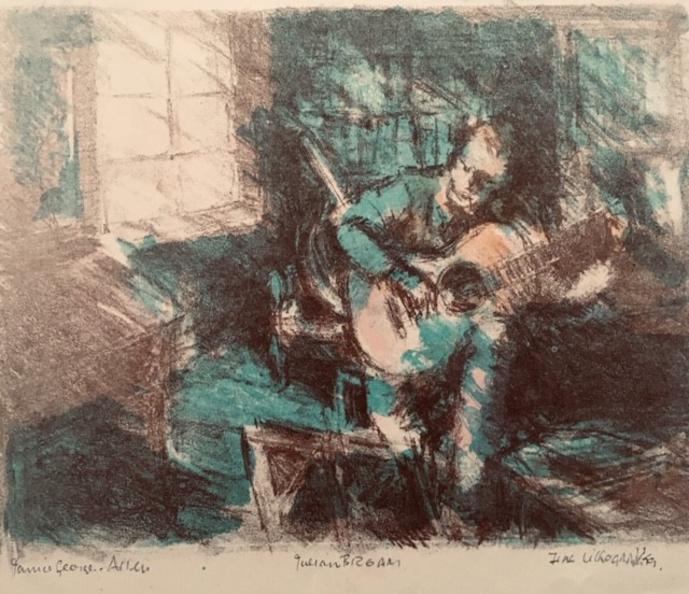 This is a thought on a grey day, soon after Julian's sad demise. 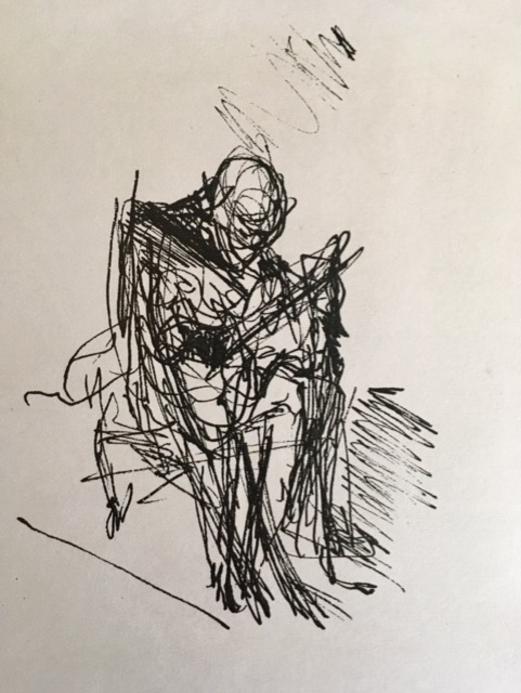 Janice George-Allen is the second child of Henry and Violet Bream and was born, Janice W. Bream when Julian was just 3 years of age. They were both evacuated twice during the war without their parents and developed a strong bond that persisted beyond childhood. Like Julian, Henry's other children were gifted in the arts as well. Like Henry, two of them, Janice and Anthony, displayed their artistry with the pencil and brush and both became professional artists.  While Janice married very young and dedicated herself to raising her children, she also found time to study art history. Janice's current work can be admired at www.janicegeorge-allen.com.

Janice has always respected her brother's privacy and her informal sketches of Julian were always very personal and kept private. She is very supportive of the work that has gone into julianbreamguitar.com and has kindly allowed the site to display them.