John Amis talks to Julian Bream about his career and the upsurge of interest in classical guitar music.

Forget Tomorrow's Sunday with Sandra Clark: and Leslie Thomas who fulfils a long-held ambition to talk to Julian Bream. Meet the authors of the Verulam Writers' Circle, reflect on a review of the past week and hear how others relax to ... forget tomorrow's Monday.
Produced by the Woman's Hour Unit
12.55 Weather, programme news

Includes reviews of On the Black Hill, Bruce Chatwin's novel about twin brothers who for 80 years are totally dependent on each other, sharing one life; and an interview with the guitarist Julian Bream. Presenter Paul Allen
Producer PIIILIP JORDAN
9.59 Weather

Julian Bream , who is 50 years old today, first played the guitar on Children's Hour when he was only 13. This led to guest appearances in a series on the Light Programme and so his career took off. Before long he also took up the lute and played his part in the revival of interest in early music. In conversation with Roy Plomley, he talks about his long career and chooses the eight records he would take to the mythical island.
Producer DEREK DRESCHER

In Tune with the Times

The Chamber Orchestra of Europe, which played at the Proms last Saturday night, was launched just four years ago. International, democratic,
Youthful and run on sponsored funding, it is a unique
Phenomenon in the orchestral world.
Sonia Beesley , with Sir Georg Solti, Julian Bream and members of the Orchestra tells the story.
Producer ANNE HOWELLS
Stereo

Julian Bream talks to June Knox-Mawer about his career, including his commissioning of a guitar concerto from Malcolm Arnold , and introduces his record of it.
Producer DEREK DRESCHER. Stereo

Natalie Wheen is joined by the guitarist Julian Bream, who is about to celebrate his 60th birthday; and the controversial American photographer Herb Ritts discusses his new work. Producer Anthony Denselow (Revised repeat at 9.15pm)

Julian Bream became a professional classical guitarist in the 1940s. He talks to June Knox-Mawer about his career. Producer Derek Drescher

BBC Radio 4, part of BBC Radio, is owned and operated by the British Broadcasting Corporation. It broadcasts a wide variety of spoken-word programmes including news, drama, comedy, science and history from the BBC's headquarters at Broadcasting House, London. It replaced the BBC Home Service in 1967. Radio 4 the second-most-popular domestic radio station in the United Kingdom after BBC Radio 2 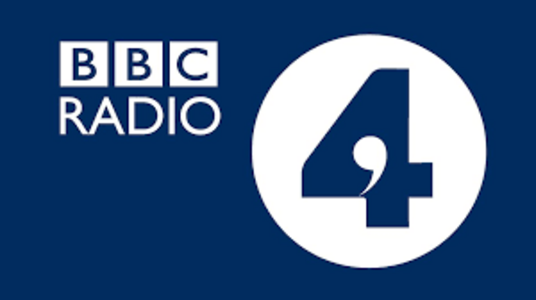