The following is a biographical sketch of Dr. Boris Perott that was published in the fourth bulletin of the Philharmonic Society of Guitarists in January 1946.

Boris A. Perott M.D., Ph.D., Arch. D., born in St. Petersburg, the capital of Imperial Russia, residing in London since 1920, a naturalised British subject, started to play the guitar in 1890 and was a pupil of the most celebrated Russian guitarists: J. F. Decker-Schenk (1825 - 1899) and V. P. Lebedeff ( 1867-1907). His first public appearance was in St. Petersburg in 1904, when he was recognised by the musical press and critics, as an accomplished artist. The same year he played with V.P. Lebedeff and V. A. Ivanoff before the Imperial Court and was honoured with the presentation of a gold watch by the Emperor. After the untimely death of Lebedeff, his widow chose Dr. Perott as her teacher t0 c0mplete her study of the guitar. It took two years. Several of the other of the late Lebedeff's pupils did the same.

Dr Boris Perott was the president of the London Philharmonic Society for Guitarist.
Soon after the war, the London Philharmonic Society for Guitarist (PSG) resumes its activities and starts holding frequent meetings once again. Henry Bream sees the advertisement for the meeting on April 21, 1945  in the local guitar magazine and decides to attend with his young son Julian.  The meetings were not overly formal and towards the end, anybody who had brought their guitar was welcome to show the rest of the members what they had been working on. After all the adults had done their best at getting through whatever piece they had been working on, Dr Perrot points to the youngest member in attendance. He asked Julian if he played the guitar and his father answered that Julian had just started playing. Dr Perrot asked if he could hear him play something and quickly finds a guitar from another member that Julian can play on. Julian decides to play the Study in B minor by Fernando Sor and everybody in attendance is very impressed with the execution of the study. Henry is surprised by the reaction of all the members and realizes that he had not truly been very attentive at how proficient Julian was becoming with the guitar.  Dr Perrot is clearly taken by Julian's skills and informs Henry that Julian should be exposed to a formal guitar study. When Henry informs him that Julian has no teacher and that they are both learning with instructional books, Dr Perrot offers to start teaching him. 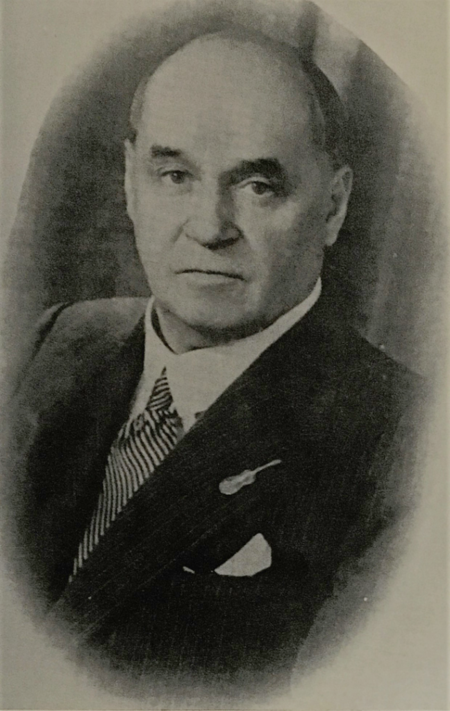 Through the meetings, Henry and Julian would come to meet Wilfred Appleby. Mr. Appleby was the editor of the PSG Bulletin and had significant connections in the guitar community in addition to the town of Cheltenham. Appleby was a major supporter of the traditional Spanish six-stringed guitar as the only instrument that should be used to interpret classical guitar music. In addition, he felt that Tárrega's method of guitar study was the most comprehensive and effective technique for the instrument. Dr Perrot was of the belief that alternative guitars could be effectively used in classical guitar music interpretation.  Perrot also supported a guitar technique that was considered very outdated and Appleby described it as archaic.

Here began the power play between two strong-minded men that loved the guitar and its associated music but differed in opinion on the style of guitar used to perform, the methodology used to instruct and when Julian was enough of a performer and interpreter to have his first formal recital. Torn between the two points of view was Julian's father, Henry. In the end, Henry would have to choose for his son the right path to follow until Julian was old enough to express his desires. Even what would become Julian's professional name as an artist became a topic of discussion until they finally settled on calling Alex (his middle name) by his name - Julian Bream.

In June of 1946, Wilfred Appleby gains the dominant influence over Henry and Julian's guitar instructions with Dr Perott are terminated. After a very short period of studying with Desmond Dupré, Julian is left to a guitar education that is based to some degree on a handful of Tárrega based instruction manuals and a large dose of self-education.

Dr Perott continued to have significant contact with the Breams. When PSG is finally able to bring Andrés Segovia for a reception, Julian is asked to perform for the maestro. Segovia was very positive in reference to Julian's playing. Despite all the positive feedback, Perott and the PSG still continued to promise to set up recitals for Julian to play, but almost never came through. When Perott and the PSG finally did set up a formal recital for Julian, it is at the little known Alliance Hall where they would hold their monthly meetings. While Julian's playing was praised by the local newspaper reviewers, the small unsuitable hall and the lack of publicity was significantly criticized. Henry and Julian had wanted for Perott to arrange for a recital at the Wigmore Hall. It was Henry's greatest desire for Julian, to have him play at the prestigious Wigmore Hall. Dr Perott and the PSG discussed on several occasions plans for a recital at Wigmore Hall but they would never follow through with the arrangements. Julian would eventually perform at Wigmore Hall but not before his father passed away. Despite the difficult relationship between Henry, Perott and Appleby, Julian continued his relationship with Perott long after his father had passed and Appleby had distanced himself from Perott's PSG. Julian appreciated the effort they had all put into his career and he continued to perform at the monthly PSG meetings as well as a recital nearly every year at Cheltenham organized by Appleby on the anniversary of his professional debut.