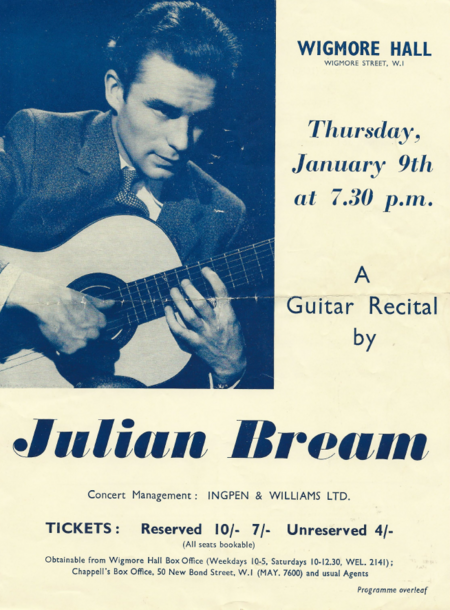 A picture of the 1953 programme, the actual copy owned by Julian Bream's sister, Janice. Courtesy of Janice George-Allen. 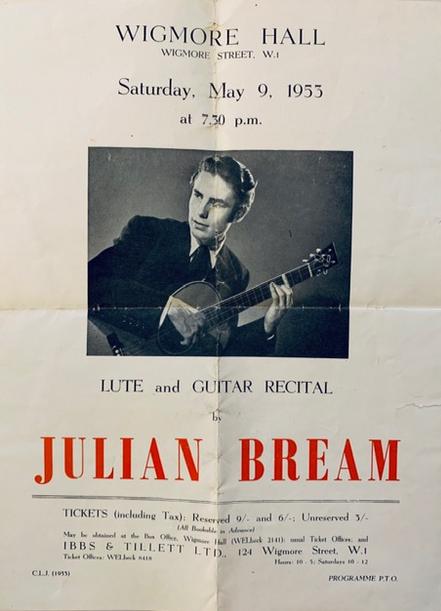 LUTE MUSIC OF THE SIXTEENTH CENTURY 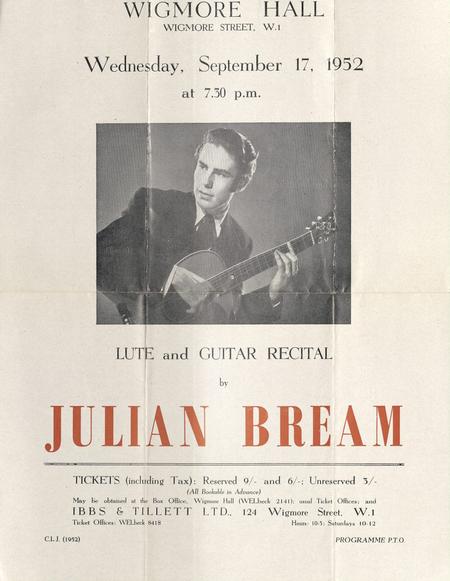 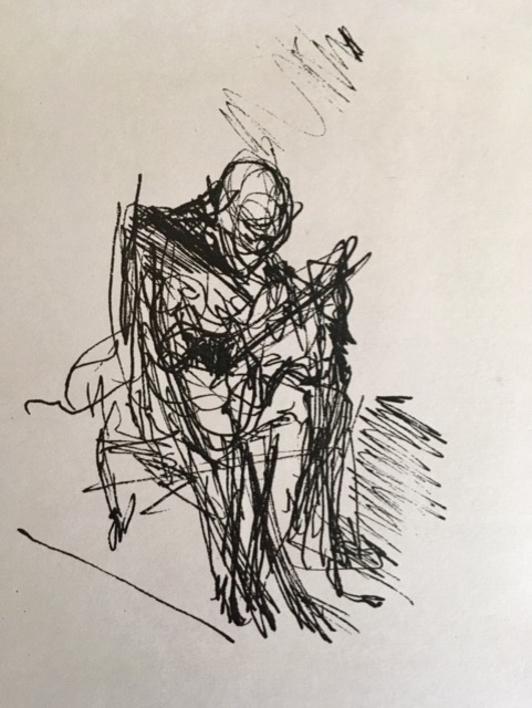 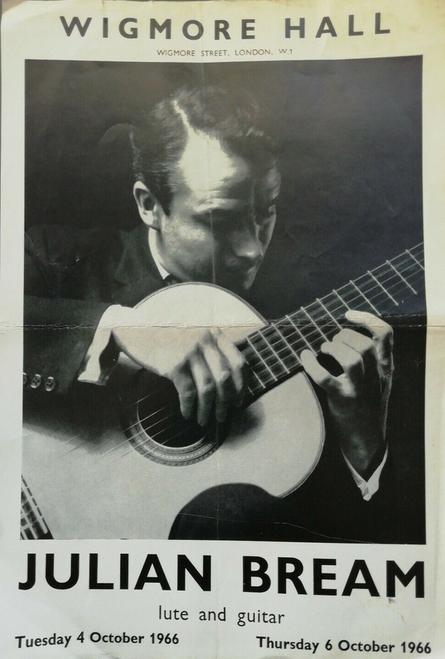 This page is dedicated to Julian Bream's appearances at the Wigmore Hall in London, England. Julian grew up hearing his father Henry stating that once you have played at the Wigmore, you have essentially arrived on the scene. It is a sign that you are a classical performer of stature. You have just become famous. It is difficult to say how much a child valued being on the stage at the Wigmore Hall, but Julian knew that his father wanted that for him more than anything. Henry struggled to get Julian on the stage at the famous hall that had been built back in 1901 but for one reason or another, it always evaded him. Unfortunately, despite knowing that his son was scheduled to perform at the hall on the 26th of November, 1951, Henry died earlier that month and never saw his son perform on the stage of the prestigious hall.

The Wigmore Hall is sought after by the world's best classical performers due to its perfect acoustics, its beauty and its intimate size. It is not a hall for large orchestras, better suited for small ensembles such as trios and quartets and it is just perfect for the intimate nature of the solo classical musician and his instrument. Andrés Segovia had played at the Wigmore Hall several times by the 1950s so it was only natural that any classical guitarist wanting a successful career would want to step on that stage with their guitar as well.

Throughout his 50-year career, Julian Bream became more associated with the Wigmore Hall than any other classical guitarist by far and he affectionately referred to the hall as "The Wiggers". He appeared on the stage nearly every year and sometimes even twice a year as a solo performer, in duets or with the Julian Bream Consort to name a few.

When Julian Bream decided to step on the stage at the Wigmore Hall for the last time on the 26th of November 2001 to celebrate the fiftieth anniversary of his debut at the hall, it was truly the end of an era not just for those in attendance, but for the classical guitar community at large.