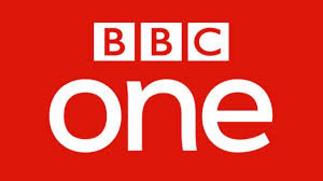 Omnibus: Benjamin Britten and his Festival

(A co-production of Henry Jaffe Enterprises Inc. and the BBC)

A portrait of the English composer who talks to John Amis and conducts the London Symphony Orchestra Leader, John Georgiadis
with Julian Bream (guitar)
and from Truro Cathedral: Massed Choirs and the St. Dennis Silver Band

Filmed on the northern coast of Cornwall where Malcolm Arnold has made his home, this programme shows a composer who is not only influenced by his environment but who also contributes to the life and music of that community.
Arnold's music is immensely tuneful, appealing and enjoyable. Besides composing the music for over eighty major films, including Bridge on the River Kwai, Whistle Down the Wind, Nine Hours to Rama and The Deep Blue Sea, he has composed six symphonies, several concertos, ballets, and invaluable works for amateur groups.
Julian Bream, who has known Arnold for many years, sums up his contribution to English music: "On the English scene today there's nobody quite like Malcolm. He's enormous, in every sense, and this quality comes out in his music. An enormous generosity, tuneful, colourful, enjoyable music -an immense generosity of spirit."
Besides excerpts from some of his film scores, this edition of Omnibus includes parts of: March: The Padstow Lifeboat, The Cornish Dances, Tam O'Shanter, The Guitar Concerto, Peterloo, Symphony No. 6

This film tells the story of a visit by the celebrated British guitarist Julian Bream to the Festival at Stratford, Ontario, where he held a ' master class ' for students from many countries, as well as playing in public concerts.
Occasions like this keep me in contact with another generation with different feelings. I think I learnt more than the students did!
Music specially composed by JULIAN BREAM
Director HERB TAYLOR
Producer TOM SPAULDING
(This Week's Sounds: page 11)

Going for a Song

with Barry Norman
The Oscars: next week the entertainment world celebrates its annual Olympic festival: the Academy Awards ceremony in Hollywood. But what does an Oscar mean today? Does it automatically bring success and security? Does the award guarantee a film's success? And why does controversy so often surround the ceremony itself? BARRY NORMAN reports from Los Angeles on the background to the Oscars with help from Charlton Heston , Rod Steiger and other winners - and losers - of the coveted trophy.
And, a special 80th birthday tribute to SIR WILLIAM WALTON played by Julian Bream.
Producers
ROBIN LOUGH , PETER BARTLETT Director JONATHAN FULFORD Deputy editor IAN SQUIRES Editor CHRISTOPHER MARTIN
(Sir William Walton 's 80th Birthday Concert—asimultaneousbroadcastwith Radio 3 - is tomorrow on BBC2 at 8.0 pm)

Omnibus at the Proms

BBC One (or BBC1 and BBC 1) is the first and flagship television channel of the BBC in the United Kingdom, Isle of Man and Channel Islands. It was launched on 2 November 1936 as the BBC Television Service, and was the world's first regular television service with a high level of image resolution.[2] It was renamed BBC TV in 1960, using this name until the launch of the second BBC channel BBC2 in 1964, whereupon the BBC TV channel became known as BBC1, with the current spelling adopted in 1997.