"This makes it into the top five on several counts: the film was made without the constraints of television schedules and takes full advantage of the new medium; it has a generous three hours of material; its subject is as entertaining on his life and career as he is illuminating about the music he plays. It appeals as much to the specialist as to the general viewer."

“This is a splendid presentation with wide musical appeal, but to guitarists, it is an Aladdin’s cave.” - Zane Turner

Product sale for UK and international 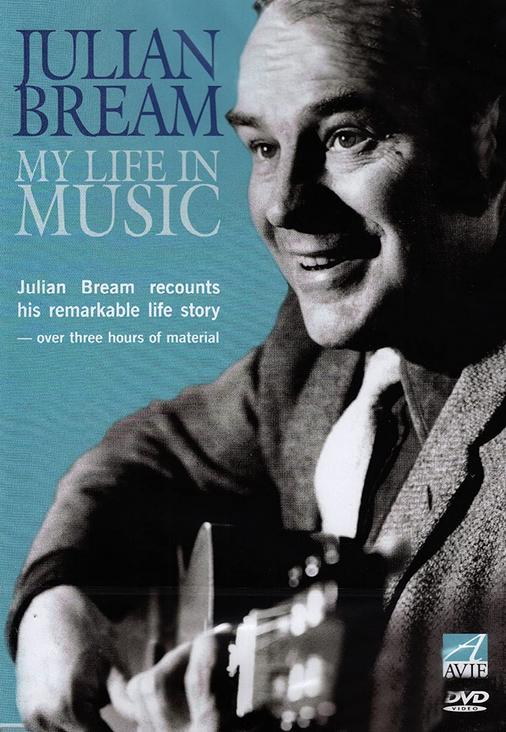 "this film is rather more than the conventional interview-music-interview portrait, and an all-too-rare example of how to maximise the resources of DVD. Outstanding."

"The finest film contribution to the classic guitar ever ... a masterpiece."

"a music DVD Masterpiece … anyone interested in the history of the guitar in the 20th Century will be stunned and delighted … fabulous."

… well made, interesting documentary paints an affectionate portrait of perhaps the greatest of living classical guitarists."

Summary:
Julian Bream, considered by many as the greatest classical guitarist of the 20th century, tells the remarkable story of his life in music. Over three hours of material, illustrated with over one hour of complete musical performances, includes contributions from John Williams, Peter Pears, Igor Stravinsky, William Walton, George Malcolm, Richard Rodney Bennett and Ali Akbar Khan.

Julian’s influence has resulted in a repertoire rich in contributions from Britten, Walton, Henze, Takemitsu, Tippett, Rawsthorne, Lennox Berkeley and countless others. He enthusiastically communicates his musical passions which are celebrated in this generously documented DVD. Highlights include Julian’s coming out of retirement for a performance of Britten’s Nocturnal, written for the guitarist, and an emotional return to the composer’s home in Aldeburgh, and an exclusive BBC Radio 3 recording of Richard Rodney Bennett’s Sonata for Solo Guitar.

julianbreamguitar.com has discussed the making of the documentary Julian Bream: My life in Music at length with Paul Balmer. The first thing he wanted me to know was how he came to direct the documentary based on Julian's life.

‘"Julian Bream attended the premiere of my film ‘Stephane Grappelli - A Life in the Jazz Century’ at London’s BAFTA premises in 2002.

"He [Julian] was enthralled by the footage of Django Reinhardt and loved the film. In the bar afterwards Julian remarked ‘’What a lovely way to do a biography - could you do mine?’ As a guitarist and long-time admirer of Julian’s work I took several nanoseconds to say ‘YES!’"

"It was the beginning of a great adventure as we together revisited all his TV and film appearances over 50 years from 10 countries. Julian chose the complete pieces that he felt best reflected his work. As part of this, we revisited ‘Guitarra’ [¡Guitarra! A Musical Journey Through Spain - an 8-part TV film series] and restored the original stereo sound recordings. Julian proudly showed me the renaissance and baroque guitars he had had made especially for that film – he kept these in his bathroom  for the humidity!’’