THE ESSENTIAL JULIAN BREAM
RCA Red Seal. 886972134024. Released  2008
The selection from Giuliani and Sor included in this CD compilation is Giuliani's Rossiniana : 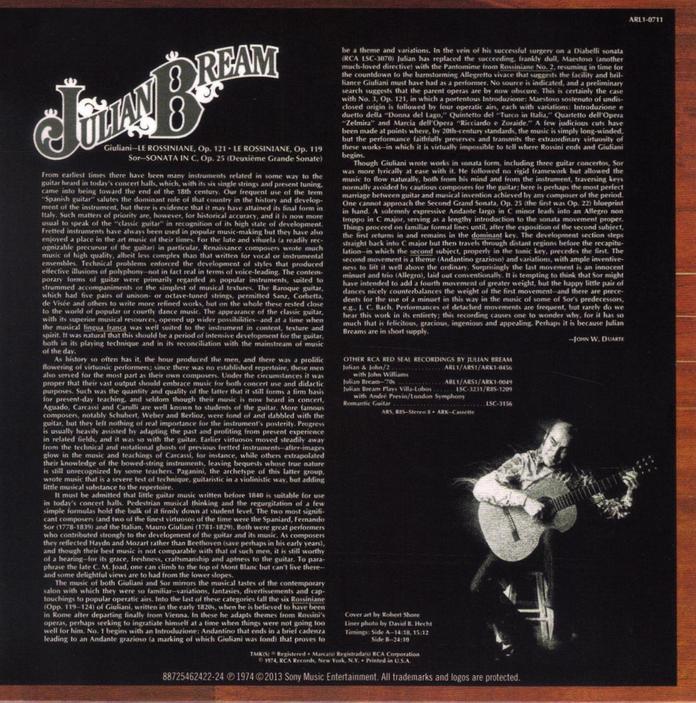 Past due acknowledgements for the Guitar Foundation of America (GFA).

In the GFA Soundboard Volume 2, No. 1, 1975, the publication expressed feeling somewhat slighted by that lack of acknowledgement from Julian Bream after recording the Giuliani pieces provided by the organization's archivist.

"In the autumn of 1973, Julian Bream came to Cleveland on a concert tour, requested to examine some Giuliani pieces and spent several hours at the home of the archivist reading through the music. He ultimately asked for and was provided with copies of three Rossinianes of Giuliani (operatic potpourris based on themes of Rossini), including Op. 119 and 121. This fall, a year later, behold! The latest Bream, "Sor Grand Sonata Op. 25, Giuliani Le Rossiniane." It contains considerably edited versions of Giuliani's Op. 119 and 121, superbly recorded, but unfortunately without a word of acknowledgement of the GFA's help in providing copies of the music."

To the GFA, I'm sure it was an oversight on the part of Julian Bream.  On behalf of julianbreamguitar.com, thank you for providing the music that led Bream to create an exquisite recording that Giuliani would be proud of.

If you are interested in finding out how exactly did Julian Bream reconstruct Giuliani's Rossiniane that appeared on this recording then you need to locate the article below.

The Soundboard - The Guitar Foundation of America
RECONSTRUCTING THE ROSSINIANE OF GUILIANI/BREAM
A FEATURE RECORD REVIEW by Thomas F. Heck
1977, Volume 4, No. 1, p. 47-48
A very extensive analysis on how Bream took liberties by making cuts and substitutions in the arrangements of the original editions to create a final interpretation that makes "the total experience as meaningful as possible both to the performers and to the audience".

Thomas Heck of the GFA provided Bream with the original editions. Heck invited Bream to his home to look through the music and Bream preceded to play through the music for hours at the author's home before asking for a copy. 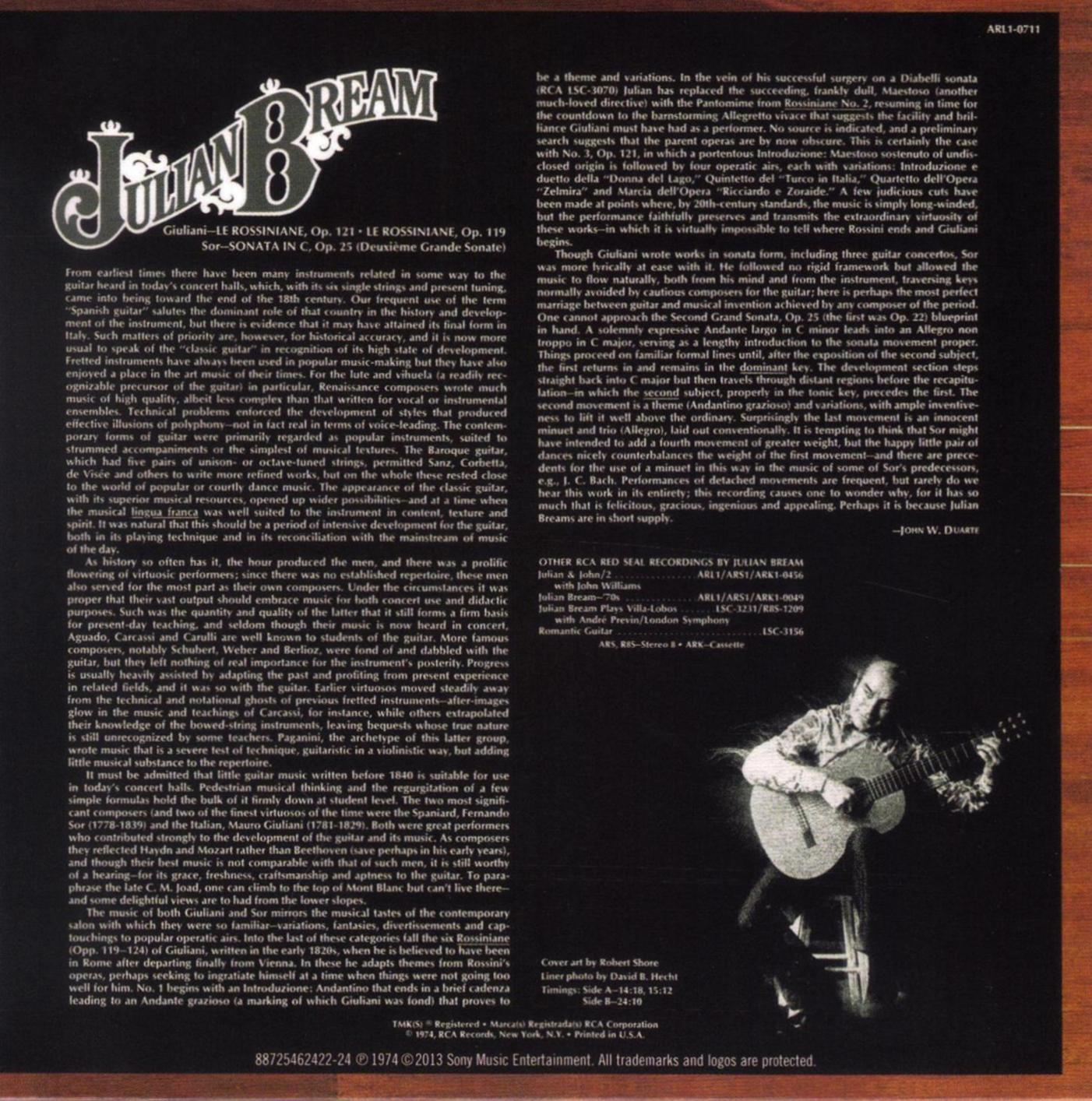 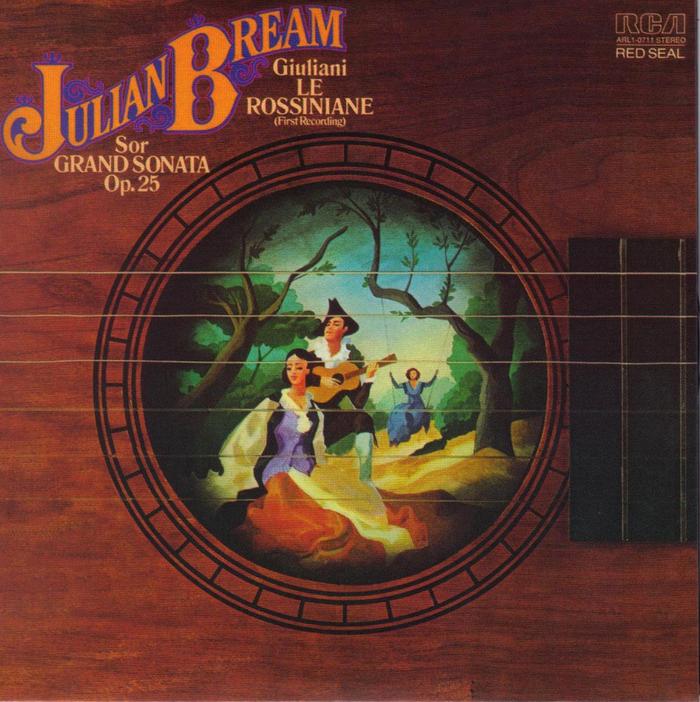