"I devoted my life to music for a reason and the reason wasn't because I wanted to get on or make money, but to try to fulfil myself and also to give people pleasure.
That's been my credo….
I've had a lovely life. I've had a great life." 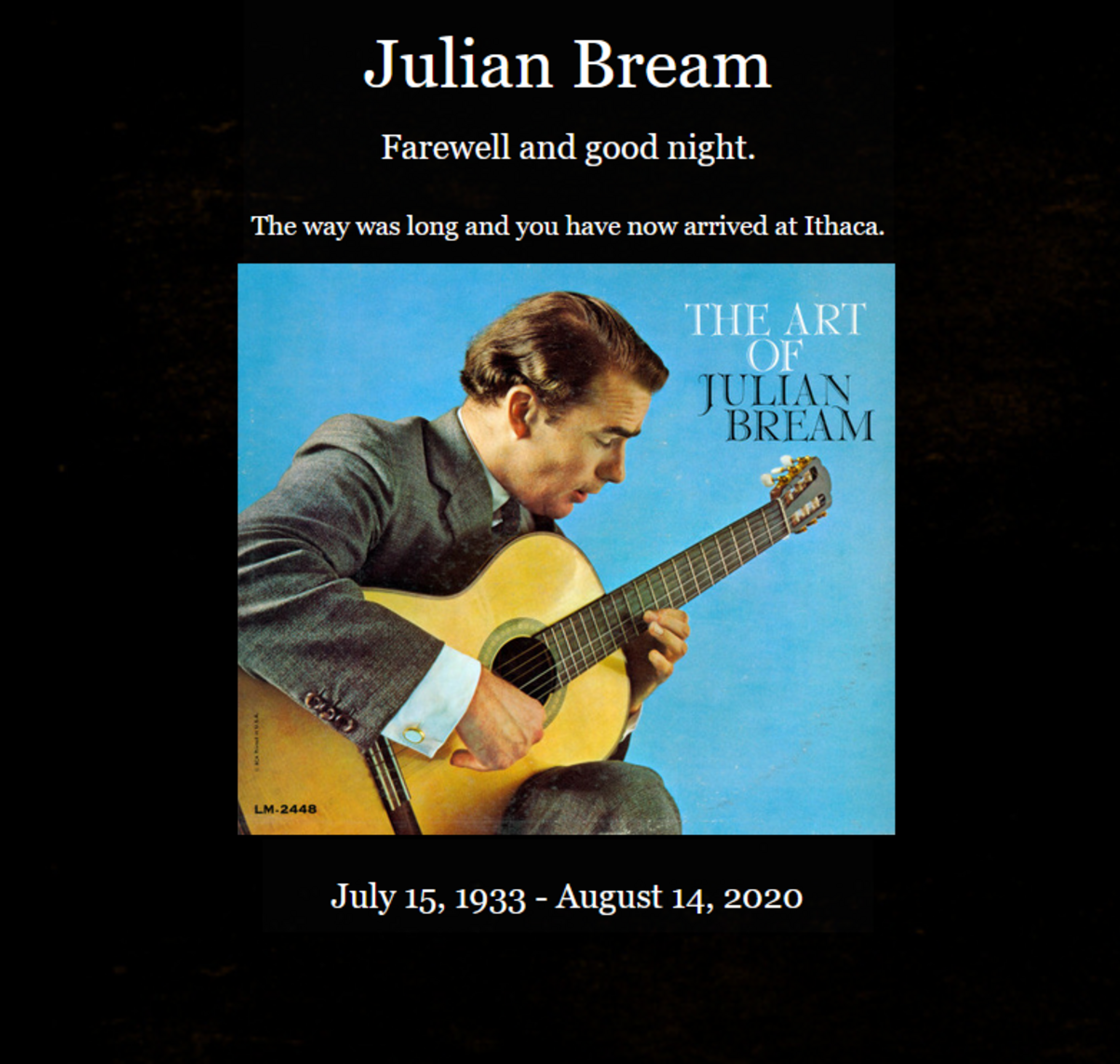 an electronic post in the early English morning, soon after he had been notified. My heart sank. I had lost many special people in the past year and a half and now I have lost one more.

Eight years ago, I wrote a few lines about a memory of a feeling I had conjured up about Julian Bream over 30 years prior when I read a book about his journey. When I read the book, "... I pulled out a man that was dark but full of life and passion. A man that liked a good joke but then sat down and interpreted music that was often based on the more complicated aspects of humanity such as love, hate, depression and the glory of God." His music was that to me, dark and light, colours and shades of grey, ethereal and earthly. We are all born with a natural attraction for the balance of symmetry but he showed me how to understand and appreciate asymmetry. To me, he was the king of my favourite instrument and a wizard of musical sound all rolled up into one. Creating incantations with notes while knowing exactly how to lead those who were willing to follow his sound.  Even early on, he was this mythical child who could interpret music with a knowledge that he could have only acquired lifetimes ago.

The guitar world has lost a giant. One of the true pillars of not just the classical guitar, but classical music in general. Listening to his record albums from now on will be different for me, although he will make sure that I still hear the musical spells that he cast so many years ago.

A private funeral service was held on the 1st of September at the Wardour Chapel. Laura Snowden played at the service.